Happy #CanadaDay – a #rasberrycordial seemed a fitting way to celebrate. I love bright red drinks, don’t you? They taste twice as good as any other color.” – Anne of Green Gables #AnneShirley my favorite spunky, strange but endearing underdog. A bit old-fashioned and perhaps dated the #LucyMontgomery books are but Anne still has a place in my heart. She was so fiercely independent and ahead of her time. 12 oz. raspberries – fresh or frozen + 4 cups water. Add a couple teaspoons of honey or whatever sweetener and amount of it you would like. I was looking to keep it healthy and not too sugary. Add a splash of red wine vinegar and cook over medium heat for 20 min. Strain into a pitcher or bowl mashing berries to get out any juice. Squeeze a large lemon, stir and chill before serving. #RasberryCordial #anneofgreengables #canada #classics #feminist #Canadaday2016

Listening to: The Kills
Watching: Jon's final episode as host of The Daily Show

So we all know the story about Joan of Arc riding her fearless horse into the heart of battle and later being burned at the stake for being a witch right?   Well, it’s  a pretty good story, but it’s not reaallllly what happened.  It seems like most of our history, this story has been brandished and gilded just a scosche. 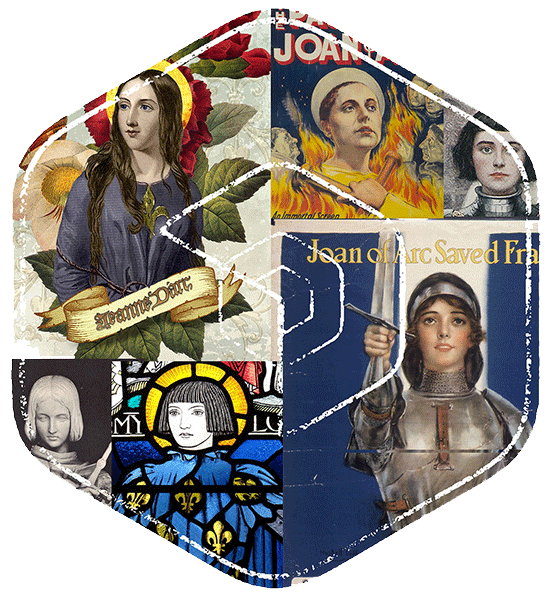 Now some of these things challenge the very nature of her sanity, though not necessarily her bravery.  We could get into the gender aspects, the religious aspects, the political or socio-economic aspects of the REAL Joan, aka, Jehanne d’Arc, Jehanne Tarc, Jehanne Romée or possibly Jehanne de Vouthon,  but I won’t.  Here we’re going to focus on her hair.   Yep.   It seems that in 1909 Polish-born Monsieur Antoine, whose real name was Antek Cierplikowski invented the bob haircut and claimed Joan as his inspiration. I found this tidbit all over the internet –

Thankfully, this revolutionary hairstyle ended a centuries long taboo against women who cut their hair, leading the way for the popular 1920’s style that is associated with liberated women and flappers. This once daring cut is still very much in demand today and in France is known as the Coupe à la Jeanne d’Arc.