Zora Neale Hurston was born on this day in 1891. It wasn’t until 1973, when Alice Walker, on a quest to visit the grave of one of her writing idols found Hurston’s grave site unmarked, barren and overgrown. Walker had a gravestone put up with the engraved epitaph, “Zora Neale Hurston: A Genius of the South”. Walker said, “We are a people. A people do not throw their geniuses away. If they do, it is our duty as witnesses for the future to collect them again for the sake of our children. If necessary, bone by bone.” 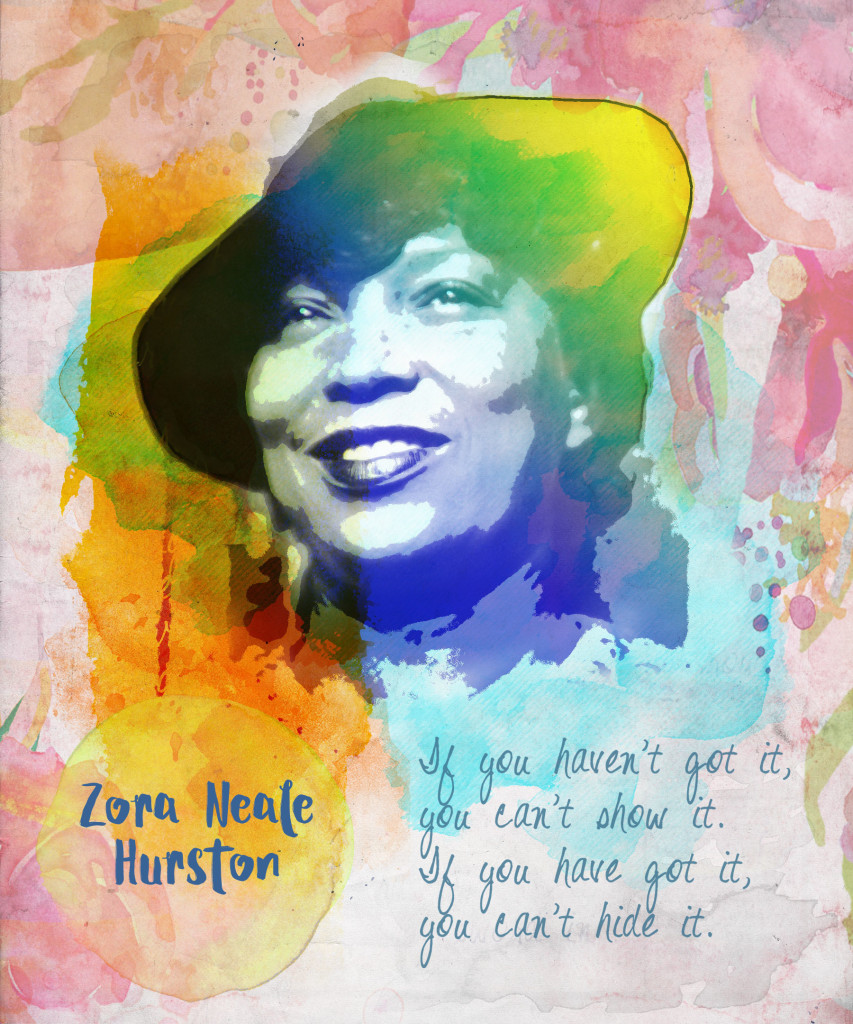 It was said many times, throughout Zora’s life, her spacious heart, sharp wit and big personality endeared her to everyone she came into contact with. She was born in Notasulga, Alabama but grew up in Eatonville, Floraida, one of the first self-governing all black municipalities in the United States. Here she gained a strong sense of self and a strong sense of pride in her community. Zora described it as “a city of five lakes, three croquet courts, three hundred brown skins, three hundred good swimmers, plenty guavas, two schools, and no jailhouse.”
Her mother died when she was 13 years old. Zora later wrote “That hour began my wanderings”.

She began publishing stories in 1921 upon entering Howard University and never looked back, publishing several fiction novels, books of poetry and dozens of short stories. During the 1920’s she befriended Langston Hughes and other notable figures of the Harlem Renaissance. The fact that America was not kind to African Americans nor Women authors in general and much of her career ran through the Great Depression left Zora virtually destitute when she died in obscurity in 1960.

When Alice Walker wrote her first essay on Hurston in 1979 all of her books were out of print. Thank you Alice Walker for ensuring Zora Neale Hurston and her powerful voice live on in our American anthology and literary canon.